On behalf of the Inter-District Committee welcome to our Website. Here you will find weekly updates and results from the weekly Inter-District tournament.

The Inter-District is a travelling tournament which started in 1965 and has run in the greater Sydney area continuously every year since then. We are currently in our 54th year of competition.

The tournament is run under the banner of Tenpin Sydney which is the trading name of the Greater Sydney Tenpin Bowling Association (G.S.T.B.A) which was formed in 1963.

HOW DOES IT RUN

Each year starting in late January or early February and continuing for 39 weeks teams of 3 bowlers complete 3 games.  There are 2 separate divisions in the ID competition  Division A is a scratch comp and Division B is  handicap, games are bowled with each of the 3 bowlers playing each other.  Each individual game won is worth 1 point with a point for the team game plus 1 point for the overall match won.  There are 13 points in total for the days play.

Each team may have 5 registered bowlers either all men or ladies or A combination of men and ladies. There must be at least two registered players to line up for each match. The other position can be taken up by a roving reserve or any bowler for which an average can be established and who is registered with the Tournament and with the TBA.

In 2022 we will  be competing in the following centres. Campbelltown  Rooty Hill  Tenpin City Lidcombe.  Wetherill Park and Windsor. Each of these centres sponsor teams to bowl in the ID competition.

At the completion of competition each year the ID committee organises a fun bowling day which is called our Christmas Tournament with teams invited from those who bowled in the ID tournament during the year. Games are bowled on a handicap basis and prize money is won for various achievements on the day as well as the distribution of free raffle tickets prizes. Bowlers also enjoy a complimentary luncheon provided by the ID committee.

The final event each year is the presentation dinner at which all the teams are called up to receive their prize notification (all payments are made by EFT) and divisional winning teams are presented with medals and a perpetual trophy. During the evening dozens of lucky door prizes are given away. The last prize to be given away is always the major prize of the evening and is eagerly anticipated by all present.

Also on this occasion is awarded the Ted Simmons Award For Excellence in the Sport of Tenpin Bowling  which is presented to the winner who has been nominated by the bowlers for outstanding sporting and general attitude achievements as an example of our competition. There is a cash prize and a trophy for this nominated winner. 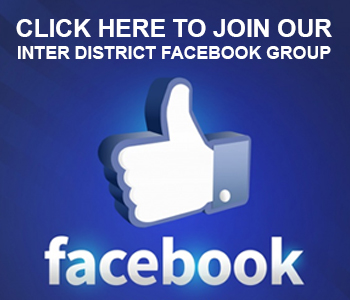